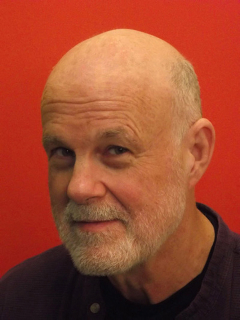 With more than 25,000+ lessons under his belt, he especially enjoys teaching complete beginners how to play and proving that both newbies and pros alike can learn to improvise, though, he's still working out where the shoes seem to hide after he's taken them off.

John has played with Bonnie Raitt, on her Give It Up album, and on tour and with Van Morrison, live and on his legendary Astral Weeks album ( -- Astral Weeks was named third greatest album of all-time by the London Times in the 1990's, 19th greatest by Rolling Stone in 2003, and sixth greatest singer-songwriter album of all time by Amazon.com in 2009).  John also performed and/or recorded with Phoebe Snow, David Bromberg, Michael Franks, Leon Redbone, Maria Muldaur, and Noel Stookey (Noel is Paul of Peter, Paul, and Mary).  He has appeared many times on national television, including an appearance with Bonnie Raitt on Saturday Night Live and with Phoebe Snow on Johnny Carson, Don Kirschner's Rock Concert, andMidnight Special.
John released three albums under his own name on major labels, and has played nationally and locally for over thirty years. He was voted best Boston-area jazz band by Boston Magazine and nominated best clarinetist in the Playboy jazz poll.

1.  With Van Morrison on his legendary 'Astral Weeks' album on Warner Brothers Records.  Track is 'Slim Slo Slider' with Van on vocal and guitar, Richard Davis on bass, and John on soprano sax.

Read a little of John's Pilosophy on the Musical Experience:  Reversing the Dwindling Spiral of Musical Enjoyment
Call 617-277-3438 now (or email info@jpmc.us) to schedule a clarinet, saxophone, or flute lesson with John!  No registration fees.
Powered by