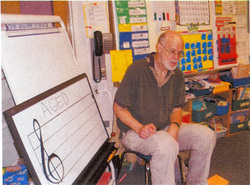 If English ABCs can be taught early on, why not musical ABCs as well?  We couldn't figure out why not, so we have developed a program that does just that.  The program starts with carefully designed original picture books and, through a series of small steps, converts information from the stories into the ability for children to recognizes letter names on the musical staff and play them with their feet on a large flat floor piano.  Then it's on to reading and writing simple music.
It's amazing to watch a 5 year old do this!  How much easier will it be for that child to take up an instrument later on and not struggle with reading notes so much while having to wrestle with the mechanics of playing the new instrument at the same time?  How much more likely is that child to want to take up an instrument in the first place, not being intimidated by the prospect of learning to read music? How much more likely that that child will succeed at it?  How much more likely that that child's musical exposure will broaden?  How much more likely that that child's taste and enjoyment in music listening will widen and broaden as well? 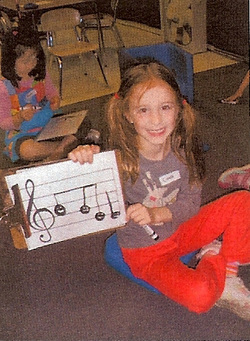 Over the years we have commonly seen older children and intelligent adults, including Ivy league graduates, doctors, and lawyers, have persistent problems reading notes correctly from the musical staff.  How much easier would it have been for them when older if they had learned about reading musical notes when they were 5?

This program has been piloted and developed in  Brookline public school preschool, kindergarten, and first grade classes with very promising results.  We are also exploring how to adapt it to 3  year olds with the help of a large daycare center in the Longwood medical area.  The first of the picture books used in the program has now been published and is available for perusal and sale at the Center, as well as online at www.EEandmore.com.  We wish to expand the implementation of this program in schools while continuing to refine and improve it as we go. 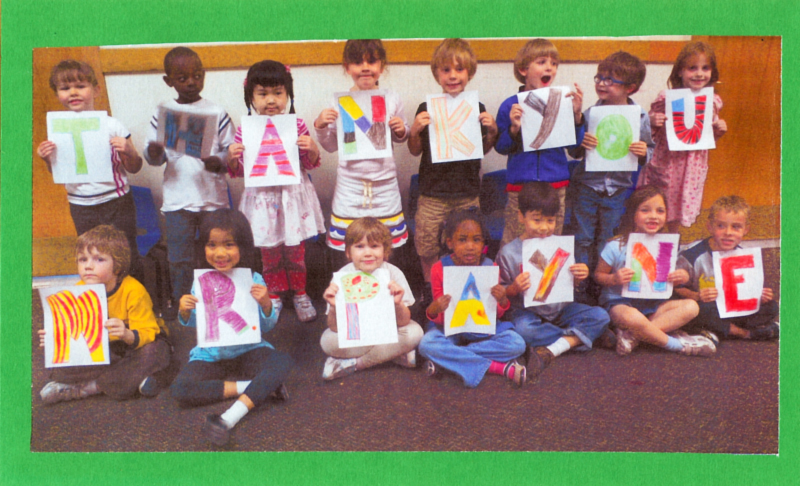